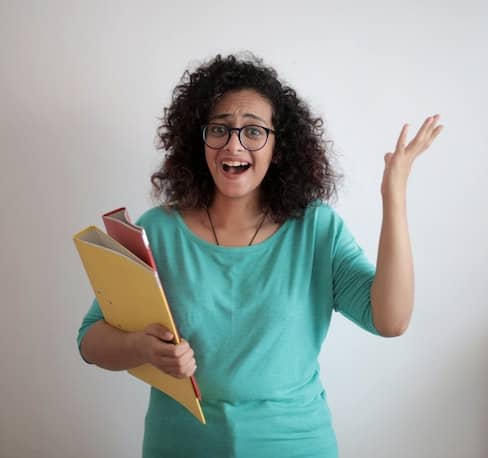 California has a reputation for progressiveness when it comes to labor laws. However, businesses sometimes find loopholes or simply ignore wage and labor laws.

One common tactic shady employers use is to force workers to sign a mandatory arbitration agreement as a condition of employment. Arbitration is a method of resolving disputes without going to court. This means that if the company pays unfair wages or breaks other aspects of California’s wage laws, such as not paying for overtime, their workers cannot bring a lawsuit against them.

In response, the state enacted a wide range of tools to protect workers and promote enforcement of the state’s labor and wage laws. One such law is the Private Attorneys General Act, more commonly referred to as PAGA. When employers try to cheat their workers out of the wages they deserve, PAGA actions provide a pathway for workers to seek justice and receive their earned income.

What Is the Private Attorneys General Act (PAGA)?

The Private Attorneys General Act is a California statute passed in 2004 that provides a pathway for employees to recover damages when their employers violate the state’s labor code. When PAGA was passed, California had no resources to prosecute companies that refused to comply with the law regarding wages, labor, and other employment issues.

Ultimately, PAGA allows an employee to act as a private attorney general. Instead of the Attorney General filing charges against a company, workers can bring a civil suit against their employer to receive compensation.

A PAGA action is a type of qui tam lawsuit, a lawsuit initiated by a worker who exposes their employer’s fraudulent activities. Like a PAGA claim, a whistleblower in a qui tam lawsuit acts on behalf of the government. The main issue is that PAGA is a state law, while most qui tam lawsuits fall under the federal False Claims Act.

Many other states have laws similar to PAGA that fall under the federal umbrella of the False Claims Act or serve as a mechanism for whistleblowers to act on behalf of the state. Under the False Claims Act, U.S. citizens have the power to sue an individual or company that commits fraud against the government to recover funds on behalf of the government.

Qui tam claims are sealed and highly secretive. Those under investigation do not know about the claim or the whistleblower. A claim initiates an investigation and gives the government the information it needs to decide whether to pursue the claim.

Whistleblowers at California businesses can file a PAGA claim. If they win their case, they receive their wages and 25% of any civil penalties the company has to pay to California’s Labor and Workforce Development Agency. These claims are often settled, but sometimes whistleblowers need to present their cases to a court.

If you want to take action against your employer for wage or labor violations, you must follow the proper procedure to file a PAGA action.

Required elements and tips for filing a PAGA claim include:

Additionally, you should know the specific violation(s) your employer committed before you file your claim.

According to PAGA, employees can file a claim for three types of labor violations:

How Can an Employee Rights Lawyer Help Me?

PAGA actions have many moving parts that make them confusing for those who file claims. Additionally, employers are quick to take advantage of the situation when an employee does not have a lawyer. Ultimately, you want an employee rights lawyer to advocate for you and ensure your rights are protected throughout the process.

Each PAGA claim comes with different facts and challenges. Experienced employee rights lawyers deeply understand the laws that apply to your case, the exact violations your employer committed, and the best way to move forward. Additionally, an attorney ensures you meet all the procedural steps and deadlines so  you do not risk losing your chance to recover compensation for damages related to your employer’s labor code violations.

What is a PAGA period?

A PAGA period could refer to two things depending on what you are reading. When you initially submit your claim online to California’s Labor and Workforce Development Agency (LWDA), they have 65 days to review your claim. This period provides notice to your employer and gives the LWDA the chance to investigate the claim and pursue it independently if they do not take the case.

Second, aggrieved employees only have one year from the date of the last violation to take legal action against their employer, or they lose the chance to bring a lawsuit and recover compensation.

Who can bring a PAGA claim?

Any aggrieved worker or a group of disgruntled workers can bring a PAGA claim against their employer. Specifically, one worker typically stands in and represents a group of dissatisfied workers, similar to a class-action lawsuit. However, PAGA actions and class actions are different.

What is the difference between PAGA and class action?

After experiencing any type of harassment or discrimination in the workplace, it’s difficult to know where to turn and who you can trust. At the Malk Law Firm, we have successfully represented employees against large and small companies (all over California and Washington) in various labor and employment-related lawsuits.